So after my rant on 3D products a few posts ago, I did some more research into industry standard 3D modelling tools and stumbled upon a tool call Houdini. Although Houdini seems to be primarily based on the movie industry, it does have a free personal learning edition called Apprentice. The free edition is limited and has a water-mark on what you create, but it is supposed to be full-featured. There is an Apprentice HD version that has more options and is $99 per year per workstation and has no watermark and is built so that you can export into Torque 3D (so the website says).

Here is a link to the downloads page: http://www.sidefx.com/index.php?option=com_content&task=view&id=589&Itemid=221

The main page is here: http://www.sidefx.com/index.php

The full version of Houdini starts at just under 2000USD, for more details see this link: https://www.sidefx.com/index.php?option=com_purchase&Itemid=234


The ZBrish 4 trial is over, so it'll be interesting to see if they offer a free trial of their next version. However, ZBrush is 699USD so a lot cheaper than everything else out there (apart from the free editors, obviously) and you can buy a 5-license pack for the same price as the single-user license and has a 5-seat minimum restriction on it. More details are here: http://www.pixologic.com/store/#volume.php

For a list of games/studios using ZBrush, then check here: http://www.pixologic.com/zbrush/industry/
Posted by WaltherPPK at 10:56 No comments:

Pixologic (the makers of ZBrush) have released a free 3D modelling program called Sculptris. It starts you off with a sphere that you can manipulate. It also has a simple paint feature that lets you paint right onto the model you create (as well as being able to export to ZBrush). A quick 20-minute play (so don't judge) resulted in the following: 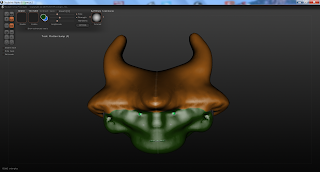 The gallery is here:

There downloads link on the site, I couldn't post it here as it launches a pop-up which asks you to choose your OS.

Posted by WaltherPPK at 21:36 No comments:

In an earlier post I promised to post the feature lists of UDK, CryEngine and Unity 4 ... wellllll...... I wish I hadn't! I copied all the features of UDK 3 into a document and they take up 15 pages!!! 15 pages!! Seriously! Wow! I'm also thinking that posting the feature list here would break some kind of ownership law, so a link is here:

The features are split down into 17 sections that include:

As for CryEngine 3, there is a great list of features on Wikipedia here:

So here are the Unity 3 features:

And here are the Unity 4 features:

http://unity3d.com/unity/4/
The Unity 4 website didn't launch fully for me on IE9, Chrome or Firefox so hopefully they'll fix that soon.

*** Edit ***
One big difference to note between the 3 engines is that CryEngine runs in DirectX 11 mode (at least it did on my install) by default, whereas Unity and Unreal start with DirectX 9 as the default but you can change this to DirectX 11.
Posted by WaltherPPK at 19:56 No comments:

War of the engines

So I've started looking into game engines to see which one is the best one for our needs. The 3 I've been looking at are:

I've played with a couple of versions of UDK and Unity, but CryEngine is new to me. Examples of UDK and CryEngine in games are easy enough to get a hold of (any Unreal Tournament game or the Batman Arkham series for UDK, and Far Cry and Crysis for CryEngine). Both engines are beautiful to look at and have a pile of features and both are the full version of the engine. UDK for professional game development studios like Rock Steady Studios (the Batman Arkham series developers) is at version 4, while the free UDK is version 3. 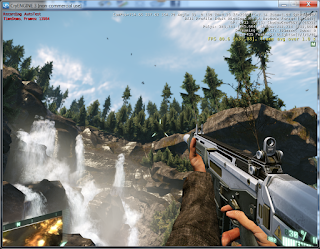 The CryEngine is so pretty :) This is the default level when you run CryLauncher


Unfortunately Unity is an up-and-coming engine so there aren't examples of AAA titles that have built using it. Version 4 has just been released and the way it handles animation is fantastic. You can create your animations in Unity and then map them to your 3D characters, etc. The beauty of this is that you are reproducing the same animations for each of your 3D characters in your 3D modelling tool, and them importing them: you are creating them in once place and applying them to the characters you need. Cool, right? Also, check out The Butterfly Effect demo reel and you'll know that Unity really is up-and-coming. 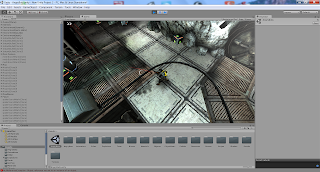 Unity 4 running the Angry Bots demo. The demo game plays right in the editor so no need to launch a separate utility like the examples for UDK and CryEngine.


I'm trying to dig up a full list of features so I can compare the 3 (I had heard that Unity 3.x did not have cloth or rag-doll physics support so it'll be nice to find out if Unity 4 addresses this), but all I've come across so far (and I haven't looked too deep yet) are just the sales level feature list rather than a full technical list. As soon as I get that comparison, I will post it here. 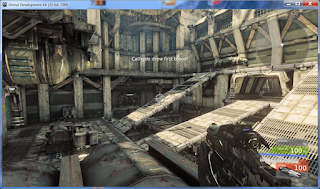 
If you want to know more about the engines mentioned above, then use the following links:

The good news is that all 3 engines are free to download, so you can download them and learn all about them without having to hand over a penny! Once you reach the stage where you are ready to deploy a game to market, then you'll have to look at paying the engine owners.

Side rant: it would be nice if 3D engine companies would do the same thing (let you use their software for free until you actual release something with it). I don't know about you, but a 30-day trial of 3DS Max is not enough to learn a product, and $3,675 is a steep price to pay for software!! Think I'm going to have to decide between Blender or Daz3D as they are both free. However, I think I still have the installers for TrueSpace and GameSpace that were awesome products from Caligari ... *sigh*

Posted by WaltherPPK at 23:39 No comments:

Well 2012 was an "interesting" year for me. It started off with financial struggles, as with so many of us at the moment, and it was a struggle to put food on the table at times, so game development started becoming a distant dream. I was using my work laptop to try and develop, but it was not great as the graphics card was very underpowered for any 3D engines out there. Also, being financially challenged, I began working all the hours I could to provide for my family. This left me with only a little time to spend with my family, nevermind time to develop.
This all changed in April as i decided "enough was enough", so left my employer and started as an IT Consultant. To become a consultant I had to incorporate an organisation so I decided to use the Kirkley Entertainment Inc. name (not a very "IT Consultant" name, but I was thinking of the future and gaming, not IT Consultancy). So, in April 2012 Kirkley Entertainment Inc. became a registered incorporation within Alberta, Canada!
All of a sudden, I now had different options availble to me. For example, anything game related turned into a Corporate expense rather than a personal one. Working extra hours was still an issue, but that changed in October when I started my 2nd contract: no overtime, no on-call and no operations support!
So in October I was able to buy some equipment (an ASUS G75VW as a development machine as it has an NVidia GEForce GTX 670M processor in it so it can handle just about anything you can throw at it raphics wise). With this equipment my distant dream of game development started to get closer and closer.
So what's been happening recently? Well, I downloaded the latest UDK from Unreal, Unity 4 and CryEngine 3 to run evaluations so I can see which engine would suit our needs the best. Once an engine has been decided upon, things can really start to happen.
So game development feels like a phoenix rising from the ashes of 2012 and getting strength in 2013! So let's get this party started again.

Posted by WaltherPPK at 17:52 No comments: